Founded in 2002, Afriart Gallery has since become a leading Contemporary art gallery in Africa with a presence in two locations in Kampala. The gallery focuses on original forms of expression and dialogue with the public. Afriart Gallery was founded by Daudi Karungi, a trained artist who understands the difficulties young artists on the African continent face. The team is committed to creating a fair playing field for artists continuously implementing projects that foster mentorship, visibility and information archiving such as workshops, exhibitions, internships and residencies. Afriart artists have been to major platforms like museums, biennales, important exhibitions and the gallery participates in major art fairs such as 1:54 art fair NY/London, Cape Town Art Fair, Joburg Art, ArtX Lagos, AKAA Paris and ARCO Lisbon. 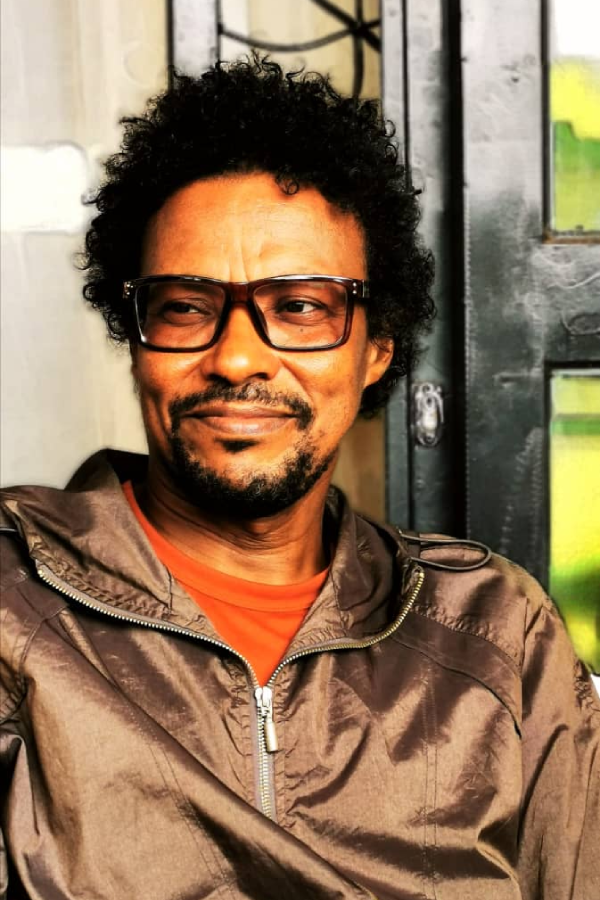 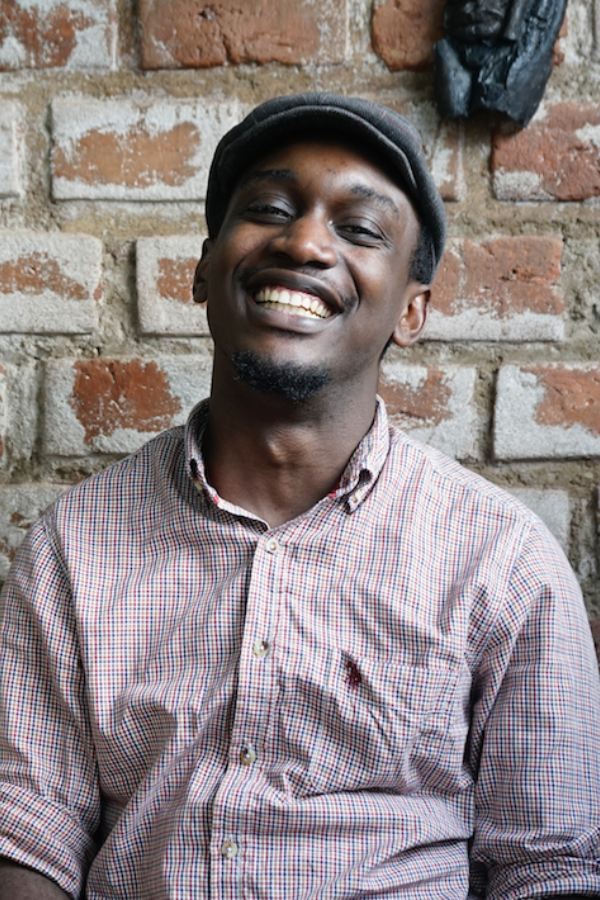 Abushariaa Ahmed, a graduate from Sudan University’s College of Fine & Applied Arts in 1990, left Sudan in the mid-90s and spent some years in Kenya. He later lived for a short period in Cologne, Germany before settling in Kampala, Uganda, in 2000, where he still lives and works as a full-time artist.

Ahmed’s style is influenced by the pioneers of Sudan’s Contemporary art scene, including Ibrahim el Salahi and Rashid Diab. In the 1960s their Khartoum School was recognised as an emergent Modernist movement, known for its Sudanawiyya style – a synthesis of Western influences and other traditions that captures Sudan’s diversity.

In the series “Sudan 06-19”, the artist depicts the role of women in the Sudan revolution which reached its peak around June 2019. Women like Alaa Salah who led powerful protest chants that helped fuel the revolution that ousted President Omar al-Bashir from 30 years of authoritarian rule came to symbolise the integral role women played on the front lines of the pro-democracy protests, where they often outnumbered men.

Speaking at United Nations Security Council meeting on women, peace and security in October 2019, Salah said “Women-led resistance committees and sit-ins, planned protest routes and disobeyed curfews, even in the midst of a declared state of emergency that left them vulnerable to security forces. Many were tear gassed, threatened, assaulted and thrown in jail without any charge or due process. However, despite this visible role, despite their courage and their leadership, women have been sidelined in the formal political process in the months following the revolution.”

Ahmed feels the need to share some of these scenarios using his distinctive ink drawings rich with ornamental and patterned symbols of his Nubian culture and occasional Arabic calligraphy.

Ahmed has exhibited extensively in East Africa and in Canada, the US, Germany, Denmark, Monaco and the UK. His artwork is held in many private and public collections all over the world – in the African Museum of Art in Seoul, South Korea, and in the collection of the World Bank in Washington DC, USA amongst others.

Atugonza is a sculptor who graduated from the Margaret Trowell School of Industrial and Fineart – Makerere University Kampala in 2019. He majored in sculpture specifically in portraiture and minored in photography and communication design.

He previously worked as an apprentice in Lost-wax casting and as a technical officer in a furniture workshop which he left in 2020 to pursue an art residency with Silhouette in Kampala.

His current body of work from the series Imperfection perfections encompasses a selection of portraits depicting people in his life whom he sculpts in ubiquitous materials such as plastic bottles and charcoal found in his immediate environment to capture proportion, body movement and posture using the reverse technique. This begins with dressing his models with bandages to get the negative, after which he manipulates through clay as an ‘editing’ process to capture the figure’s expression in order to make a cast.

Atugonza sees his practice as an extension of a recycling line, where he initially began using plastic litter found on the university premises, not because he was trying to clean the campus but because he needed cheap material to make his work as a student. This further extended to sourcing these materials from his neighbours living on the same compound and purchasing it from the recycling depot.

In this making process, the subject matter and materiality fuse people and the environment in forms that appear brittle but which, however, become durable through the transformation of the plastic through combustion. In this process, the artist finds new techniques and solutions to handle the materials. Within the daily challenges the artist encounters in his life and those of others, there is a resilient character to be found in the new materialism of the black matter.