Since opening in 1989, Arario Gallery currently runs three spaces in Korea and China. Committed to discovering and promoting Asian artists in the international arena, Arario Gallery has been challenging and supporting contemporary art for the past thirty years. Embracing all genres of visual art, paintings, sculptures, film and installation, Arario represents an exciting roster of artists who are at the frontier of experimental art from the 1970s through to contemporary works today, underlining histories, cultures and societies of the Asian region. Arario Gallery focuses on promoting Asian and international artists, especially through its space in Shanghai. Arario has also shown a long-time commitment to incubating young artists who have been underrepresented. Arario Gallery now represents fifty artists from Korea, Japan, China, India and Southeast Asian countries, based on the fundamental belief in encompassing a diverse spectrum of generations in contemporary art and opening dialogues for creative pioneers. 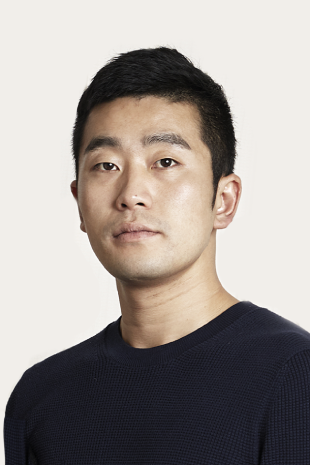 JANG Jongwan portrays the endless anxiety of human-centered societies and modern humanity, which emphasises selfish rationality, in a peculiar warm but cynical perspective. His paintings, in a classical way, mix with the artist's view of contemporary society. Unlike the so-called "barbershop", which has an impression of easy and familiar, work is full of pity and ridicule that makes the viewer discover a new meaning. The ironic landscape maximises its kitschiness by being drawn on the back of the animal skin, a mixture of human wishes for salvation, neglected nature and animals, blind and insanity beliefs.