Dedicated talks programme held throughout the year for Abu Dhabi Art patrons and collectors.
​
2021 TOPICS:
Organised by Roxane Zand
• New Art for a New Generation | 14 July 2021
• How are NFTS taking over the art world? | 21 April 2021


2020 TOPICS:
Organised by Roxane Zand
• Collecting Post-Covid
• The Future of Art and Artists
• Globalism and Art Collecting: The Case of the Middle East and South Asia

New Art for a New Generation

At a time when the art world is witnessing rapid changes, collectors and art-lovers are looking to understand what the future holds, and whether the presence of new collectors brought in through digital platforms and NFT portals will create transformations in what we see, buy, or appreciate. Is there such a thing as new art for a new generation? Or will the art world continue to rely on the tried and tested, the brand-name artists and the kind of art buying which has defined the market in previous decades? Join renowned expert Amy Cappellazzo, Former Chairman and Executive Vice President at Sotheby’s, Kate Bryan Head of Soho House Collections and Sky Arts Presenter, and Private Investor, Art Collector and Philanthropist Lady Alison Deighton in a session moderated by Abu Dhabi Art Director Dyala Nusseibeh in what promises to be a fascinating discussion on this topic. 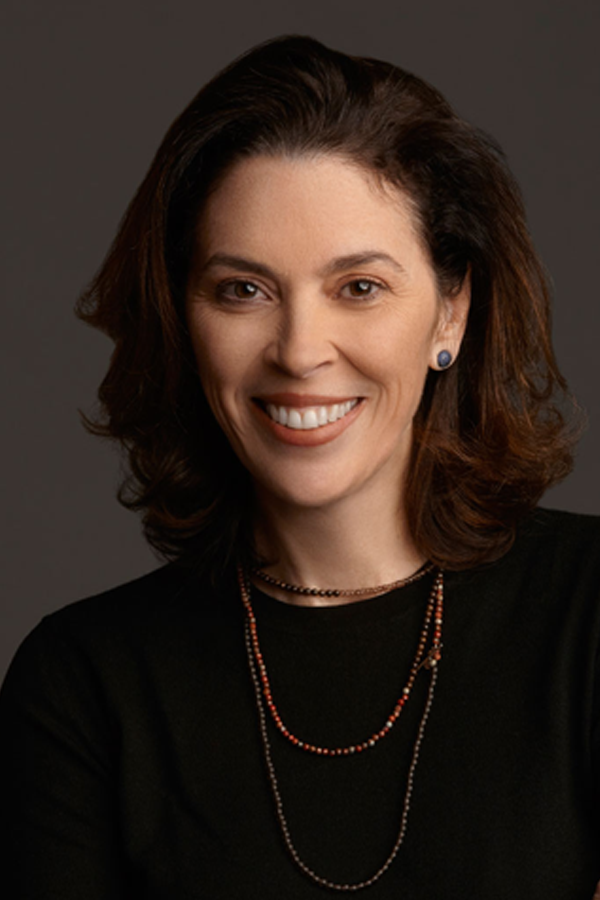 Amy Cappellazzo is former Chairman of the Fine Art division of Sotheby’s. Prior to accepting the position, Cappellazzo founded Art Agency, Partners with Allan Schwartzman. The firm filled a significant need in the art market for a client-oriented combination of industry knowledge, financial sophistication, and discretion. The company’s attention to detail and emphasis on client care catalyzed a paradigm shift in the market that did not go unnoticed; in January of 2016 Sotheby’s acquired Art Agency, Partners in a groundbreaking deal. Cappellazzo previously served as a market leader in the field of contemporary art at Christie’s, where she rose to the post of Chairman of Post-War & Contemporary Development over thirteen years. During her tenure Cappellazzo directed groundbreaking initiatives that led to record results, with upward of $650 million realized in a single sale. Previously, Cappellazzo was an art advisor, curator, and key figure in the establishment of Art Basel in Miami Beach. Cappellazzo received her B.A. in Fine Arts/Art History from New York University, where she was a Presidential Trustee Scholar. She holds a master’s degree in Urban Design from the School of Architecture at Pratt Institute, where she focused on the role of public art in shaping cities.

Cappellazzo left Sotheby's in July and after a restful summer, will begin a new company in the autumn.

Kate Bryan is an arts broadcaster, curator, mentor and writer. She is Head of Collections for Soho House acquiring new work for all new sites globally and custodian to the permanent collection of nearly 6000 artworks. Bryan has written and presented television programmes for Sky Arts, Sky Arte Italia, BBC Two and BBC Four. She is the presenter of Inside Art and a judge on the annual Sky Arts competition programmes Portrait Artist of the Year and Landscape Artist of the Year, and the author of The Art of Love (White Lion Publishing, 2019).

After attaining her MBA in finance from The University of Chicago, Alison worked in New York and London in investment banking and foreign exchange at Goldman Sachs, before moving to N.M. Rothschild as Director, Marketing in the firm’s fixed income asset management division. For the past 25 years, Alison has been an active private investor in early-stage technology and biotechnology firms, as well as  in residential and commercial real estate in the US, UK and Europe. She currently sits on the Advisory Boards of start-up technology companies Aerosax Ltd and Go Games Ltd and is the President and CEO of Oasi Sarparea Srl, a real estate company engaged in resort development in Puglia, Italy.

Alison is committed to supporting creative talent in both the visual and performing arts. In 2017, she and her husband, Paul Deighton, established the Deighton Family Foundation (DFF) to promote the arts through cultural exchange, artistic development and arts education. DFF established The Vannucci Artist Residency in 2017. Located in Umbria, the residency aims to provide international emerging artists the opportunity to live and work in Italy and to collaborate with local artisans. 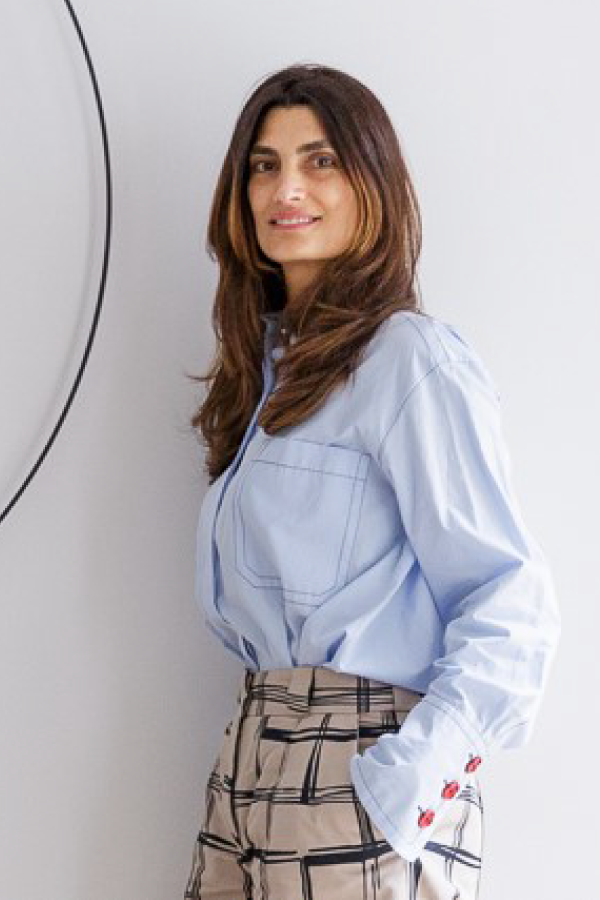 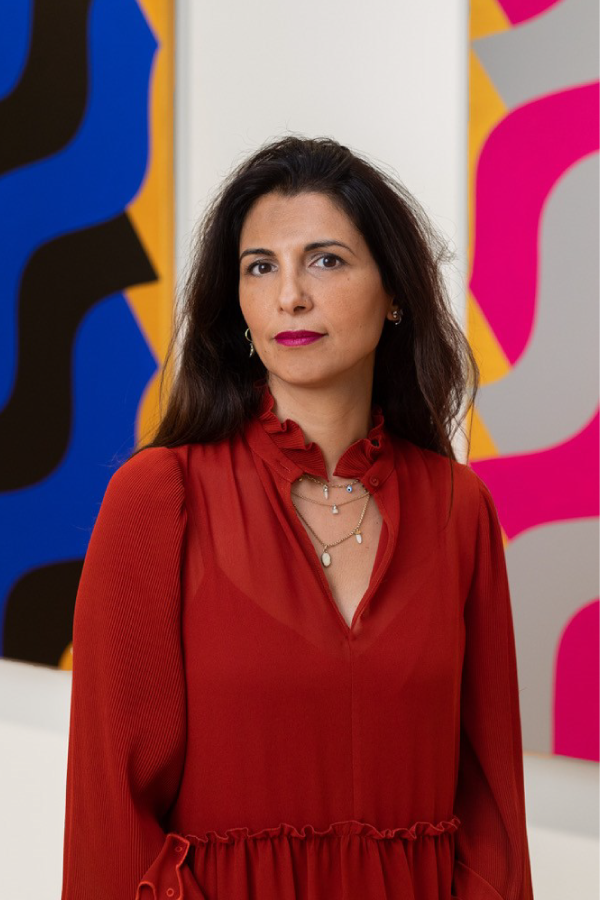 Maya El-Khalil is an independent curator, who for the last decade has been working locally, regionally and internationally with artists, collectors and institutions to develop the identity and ideas that have defined the contemporary art scene in Saudi Arabia. From its inception in 2009 until 2016, she was the Founding Director of ATHR, a leading contemporary art gallery based in Jeddah. She is the curator of the 7th Edition of 21,39 Jeddah Arts.

El Khalil holds a Bachelor’s Degree in Mechanical Engineering and an MBA from the American University of Beirut. She is currently enrolled in an MA Program in Art and Politics at Goldsmiths University.

Asmaa Al-Shabibi is the director of Lawrie Shabibi, a contemporary art gallery in Alserkal Avenue Dubai that she cofounded with William Lawrie in 2011. Born in Baghdad but raised from birth in London, Kuwait and Bahrain, she is also the founder of Unit 21 Consulting which provides advisory work for private and public art spaces.

Asmaa Al-Shabibi holds an LLM from London University and an LLB from Bristol University. She trained and practiced banking law in the London and Singapore offices of Allen & Overy, one of the world’s leading international law firms, working with clients such as Deutsche Bank, JP Morgan and Morgan Stanley. Her career took a turn towards her passion for the arts when she moved to Dubai in 2003 where she currently resides.

The gallery Lawrie Shabibi, founded in 2011, works with a multi-generational group of artists with a focus on the Middle East, Africa and artists from the diaspora.

Prior to this she was the Managing Director of Art Dubai from 2007 to 2010, initiating the Abraaj Capital Art Prize and overseeing the fair’s initial stages.

Asmaa has participated in panel discussions in London and Dubai, such as at the Art Business Conference, and has provided a commentary on the UAE art scene for publications including Modern Portraits, Blouin ArtInfo, The Art Newspaper and The National Newspaper.

For more than a decade Tabari Artspace communications director, Laura Cherrie Beaney has divided her time between artists' studios, documenting the social experiences and artistic practices that encapsulate the contemporary moment in the Middle East and beyond. As a social anthropologist Laura conducts in-depth interviews with the gallery’s represented artists in order know and relay the motivations behind their creative practices - social, cultural, political and psychological - more intimately. She has written extensively on the art of the MENSA region contributing to publications including Canvas Magazine, Tatler, and Harper’s Bazaar Art. In 2019 she published her first book, Crossing the Catwalk: Transvestism in Contemporary Fashion and Culture with Academica Press.

A passionate contributor to not-for-profit and humanitarian organisations Laura is currently supporting curatorial platform, Archaeology of the Final Decade (AOTFD), as a research assistant. The non-profit platform excavates and researches histories of nations condemned by social displacement, cultural annihilation or deliberate disappearance. Laura is pursuing a PhD at SOAS, University of London. Her interdisciplinary research focused on second-generation female artists in the Iranian diaspora, crosses contemporary art, gender studies and ethnograph.

How are NFTS taking over the art world?

In March 2021, Christie’s auction for Beeple’s “Everyday – The First 5,000 Days ” made history, with the work selling for $69,346,250 and paid for in cryptocurrency.
The new buzz word in the art world is NFTS, this panel aims to shed light on what NFTS are, how they are affecting the art world and what the future of NFTS looks like, for an audience relatively new to the subject and interested to learn more.

None of the views expressed here should be regarded as financial advice. 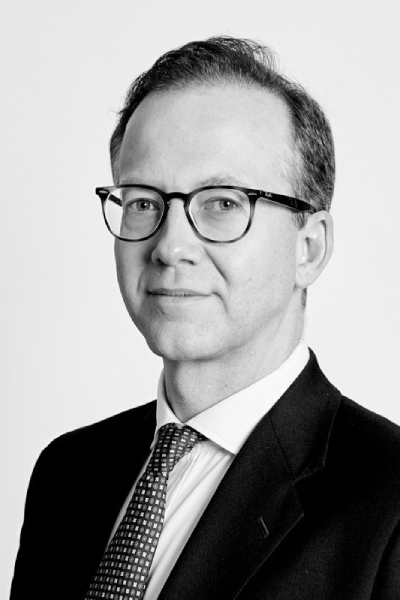 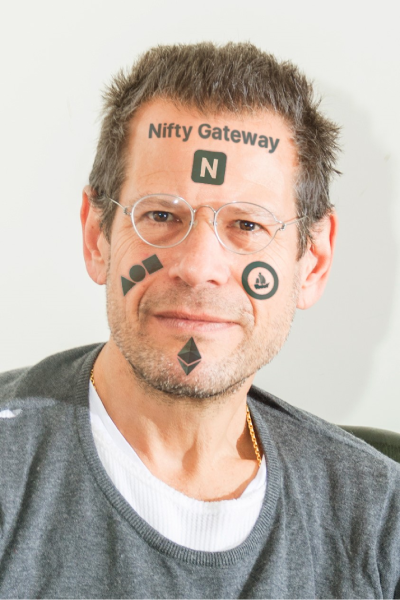 Georgina Adam is a journalist, public speaker, art market expert and author. She has been a Financial Times contributor and art market editor-at-large of The Art Newspaper where she began her career as a journalist in the late 80's. She lectures at the Sotheby's Institute in London.

Edward Bonsor has over 20 years’ experience in the financial sector and is a Director of the client team at Cerno Capital with a focus on private individuals and families. He joined Asian broker CLSA as their first graduate trainee in London in 1999, before moving out with the company to Asia to work as an equity salesperson in Hong Kong and Tokyo. He moved back to London with Nomura in 2007, before founding a hedge fund business in Zurich. In 2011, he moved to Jefferies International in London to establish and manage their Asia Pacific equities research distribution across Europe. Edward studied at Bristol University where he graduated with a degree in Human Geography (BSc).

Kenny Schachter has been curating contemporary art exhibits in museums and galleries and teaching (art history and economics) for more than thirty years; presently in the graduate department of the University of Zurich (appointed to advisory board January 2021) professorships at the School of Visual Arts (NY) and New York University. He has lectured internationally, been the recipient of a Rockefeller supported grant in Mexico, and contributed to books on Paul Thek, Zaha Hadid, Vito Acconci and SigmarPolke/Gerhard Richter. Schachter has a regular column on Artnet.com in addition to writing widely for various international publications including most recently New York Magazine and The Times Magazine (UK).