BEYOND: EMERGING ARTISTS IN VENICE

Abu Dhabi Art will present works from the 2021 edition of the Beyond: Emerging Artists programme at Palazzo Franchetti, Venice, Italy from 20 April to 22 May 2022, to coincide with the Biennale Arte 2022. For its first iteration in Italy, Beyond: Emerging Artists will showcase commissioned artists Christopher Joshua Benton, Maitha Abdalla and Hashel Al Lamki, who were supported by guest curators Sam Bardaouil and Till Fellrath, co-founders of multidisciplinary curatorial platform Art Reoriented.

For his presentation The World Was My Garden, Christopher Joshua Benton worked with the palm tree as a metaphor for migration, labor economies, and the history of slavery in Eastern Arabia. Charting a path from Zanzibar to the Gulf, and finally to the United States, the work takes as a point of departure the coercion of the palm tree and the date as it probes into issues of the archive, lost genealogies, and American identity politics.

In this commissioned multidisciplinary work, Hashel Al Lamki charters various realms from the natural to the built and the imagined in order to foreground the scarcity of the earth's resources and the way that these events impact the human psyche. The artist contends that climate change is pressing mankind to reconsider their existence, imagining alternative realities grounded in nomadism, poetry and the quantum.

Neptune charts the journey of a man who took the decision to unbind himself from worldly duties and confines by adopting a lifestyle grounded in nomadism. Before he imparts upon this new pathway, the central character must decide how to store surplus natural resources that he has recently discovered.

Maitha Abdalla has produced an immersive body of work across multiple disciplines – video performance, sculpture, works on canvas and photography – in celebration of the strength and power of women, explored through the intertwining story of wild human nature, the archetype of the feminine psyche, and the untamable character of wild animals.

Too Close To The Sun negotiates what the artist perceives as the ‘wild nature’ of women that social forces have often attempted to tame. Abdalla mines the wisdom of the American psychoanalyst, Clarissa Pinkola Estes, who asserts: "Within every woman, there is a wild and natural creature, a powerful force, filled with good instincts, passionate creativity, and ageless knowing. Her name is Wild Woman, but she is an endangered species.”

Built in the second half of the XV Century by a historical venetian family, Palazzo Franchetti is one of the most prestigious examples of gothic architecture in Venice. Many owners have modified the building over the centuries. In 1922 Sarah Luisa de Rothschild sold the building to Istituto federale di credito per il risorgimento delle Venezie, which renovated it to its current appearance and started a new phase of functional adjustments giving it a mainly exhibition destination.

Palazzo Franchetti is located in the heart of the area where many of the most important venetian cultural organizations are, such as Teatro della Fenice, Palazzo Grassi, Punta della Dogana, Peggy Guggenheim Collection, Gallerie dell'Accademia, Palazzo Fortuny, Ca' Rezzonico and Conservatorio Benedetto Marcello.

The building is easily reachable also with a 15 minutes walk from Piazza San Marco, from Rialto, from the Venice - S. Lucia train station and from Piazzale Roma. 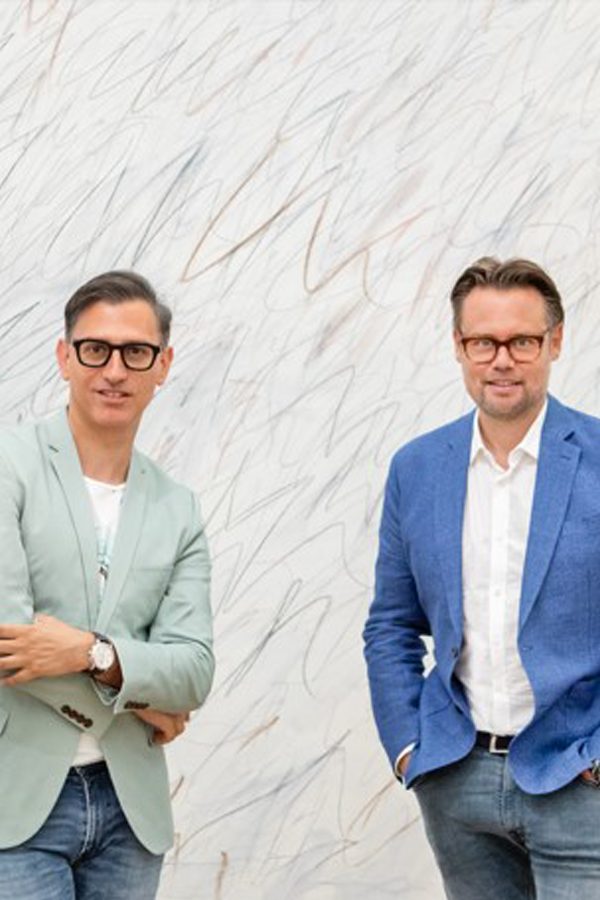 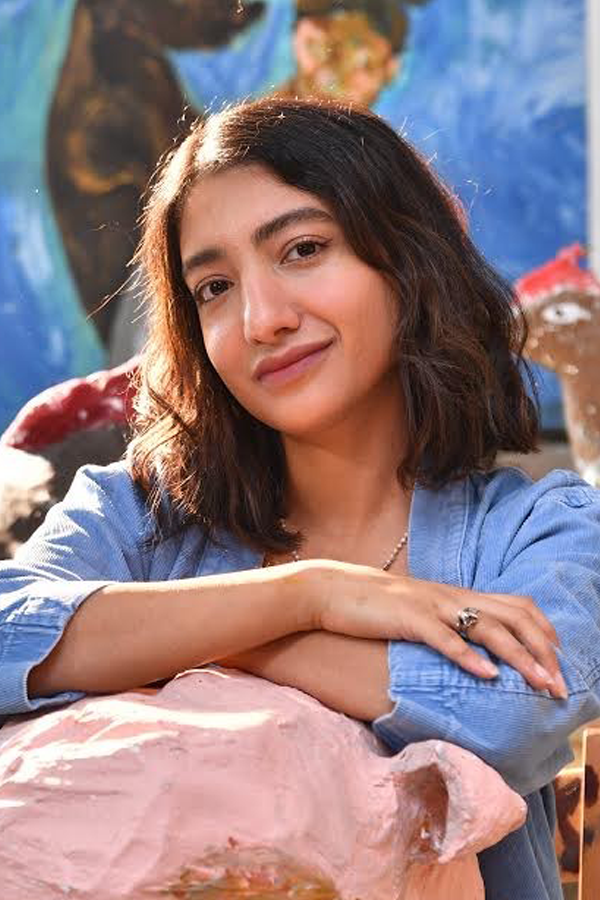 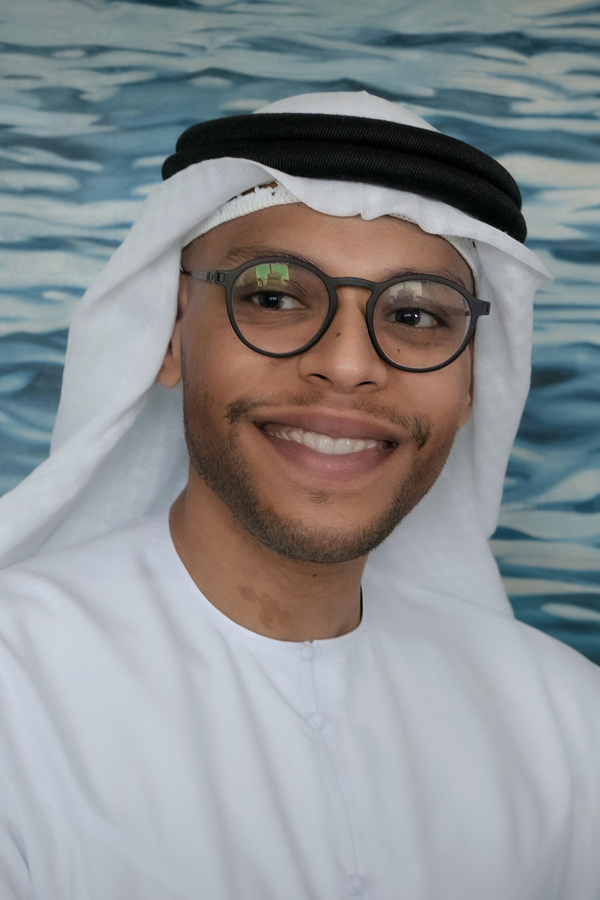 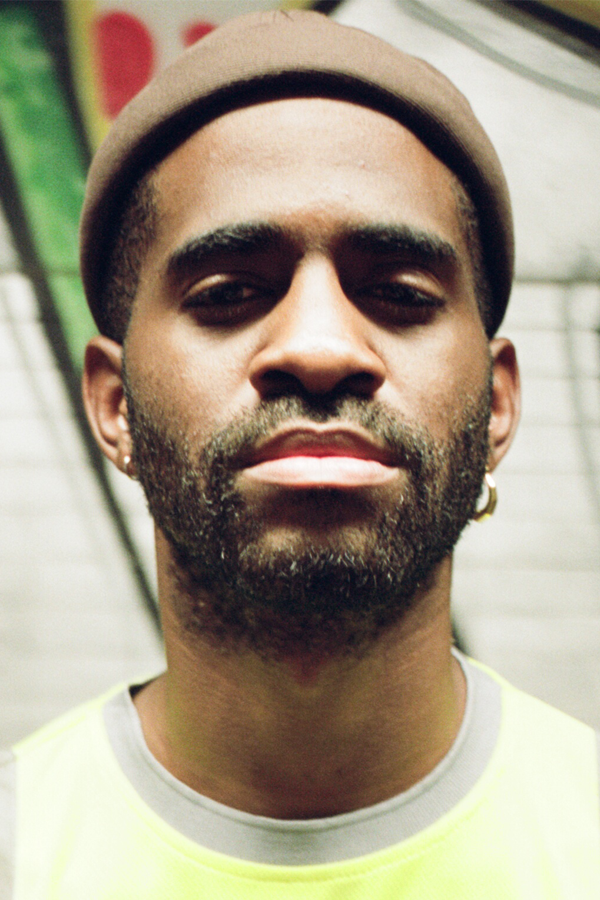 Sam Bardaouil and Till Fellrath are Founders of Art Reoriented, a multidisciplinary curatorial platform launched in 2009 in New York and Munich. They are curators of the Lyon Biennale in 2022, and affiliate curators at Gropius Bau in Berlin.

As an independent voice, Bardaouil and Fellrath have collaborated with more than 70 institutions worldwide, including Centre Pompidou, Mathaf: Arab Museum of Modern Art, Tate Liverpool, Moderna Museet, Reina Sofia, ARTER, and the Montblanc Cultural Foundation. They are internationally recognised curators and award-winning authors whose practice is rooted in global Contemporary art, as well as in the field of Modernist studies.

In 2016 they were part of the team of curatorial attachés of the 20th Biennale of Sydney. At the Venice Biennale, they were curators of the National Pavilions of Lebanon in 2013 and the United Arab Emirates in 2019, and they are curators of the French Pavilion in 2022.

Born in 1989, mixed media artist Maitha Abdalla oscillates between the diaphanous, vibrant and surreal; her art is always marked by an atmosphere of reminiscence and nostalgia. Her paintings and mixed-media work often evolve into series and articulate strong cultural narratives; they are assemblages of memory, travel and human interactions. Informed by exchanges and experiences, her socially driven commentaries on the human condition reveal astute, intuitive observations on the world around her in a narrative form. A particularly influential encounter was with children at an orphanage where Abdallah taught English and art. The motifs of childhood began to permeate her work after this time, becoming an eloquent vernacular in which she further explores the difference between the imaginary and the real; mapping the liminal space between these interconnected worlds, she plays out many questions of social and cultural identity.

Abdalla is a graduate of the Salama Bint Hamdan Emerging Artists Fellowship, in partnership with the Rhode Island School of Design, and is also one of the founders of Bait 15, an artist-run gallery and studio in Abu Dhabi, and plays an active role in the Contemporary art scene in the UAE. She participated in Abu Dhabi Festival 2019 Visual Arts Residency Programme in Vaduz, Liechtenstein and Vienna, Austria.

Maitha Abdalla is a represented by Tabari Artspace and commissioned artist for Beyond: Emerging Artists curated by Sam Bardaouil and Till Fellrath, Abu Dhabi Art 2021.

Born in 1986. An Emirati painter and multi-disciplinary artist, Hashel Al Lamki’s art unpacks the relationship between humankind and its habitat, the wild and constructed. Born in the shadow of the monumental Jebel Hafit mountain in Al Ain, Al Lamki bore witness to the complex social and spatial dynamics that followed exponential development in the Gulf. Al Ain’s Bedouin culture and distinct social values, its archaeological sites and rugged terrain, formed a stark contrast to the rapid industrial and architectural growth that Al Lamki observed in the neighbouring Emirates. In 2011 Al Lamki received his BFA from Parsons School of Design at The New School, New York City. He went on to contribute to several philanthropic collaborative projects in Central and North America. Al Lamki worked in disaster-stricken Guatemala and Haiti and within low income communities in the US, where his cultural projects were united by a focus upon sustainable practices and social cohesion. After seven years in New York, Al Lamki went on to live between Amsterdam, Netherlands and Taos, New Mexico where he immersed himself in solution-finding for post-consumerism waste. Upon returning to Abu Dhabi in 2014 Al Lamki was awarded the Salama bint Hamdan Emerging Artists Fellowship. Post-fellowship, in 2018 he joined forces with artists in the UAE who shared a common cause. Together they established Bait 15, a community centred around contemporary art in the Emirates. The artist-run gallery provided a space for local artists to engage in critical dialogue. These interdisciplinary and cross-cultural experiences have contributed to Al Lamki’s artistic practice conceptually and technically. His paintings and sculptural works are concerned with the legacies of the landscapes that surrounded him in Al Ain and beyond, the breathtaking and the banal. Al Lamki’s approach follows Edward T. Hall’s suggestion that the relationship between man and the cultural dimension is dialogical and “one in which both man and his environment participate in moulding each other”. Al Lamki’s compositions chart towering mountain ranges, pristine golf courses and architectural feats. They survey shifts in the ecosystem as much as they divulge changes in the social world, tracing intersecting stories of human migration, climate change, colonisation and evolution. Al Lamki refuses the separation of man and nature, his practice underscoring the dependency of mankind on natural resources and its subsequent responsibility for the environmental catastrophe that looms. His approach to art fuses social innovation, sustainability, and environmental consciousness. Inspired by scientific methodologies and local artisanal processes, Al Lamki’s palette comprises freshly formed pigments derived from natural resources in the MENA region. Through this process of alchemy, Al Lamki articulates the fragility and scarcity of these elements as well as their immense natural powers. Al Lamki insists that community engagement remains central to his practice. He regularly engages local artisans and practitioners in his processes in order to feedback into local economies and unite seemingly disparate individuals and institutions.

Hashel Al Lamki is a commissioned artist for Beyond: Emerging Artists curated by Sam Bardaouil and Till Fellrath, Abu Dhabi Art 2021.

Christopher Joshua Benton (b. 1988) is a UAE-based American artist working across sculpture, photography, and film. Benton works closely with communities and neighbourhoods to instigate collaboration and share stories of power, labour, and hope. His practice explores how the working-class uses culture and innovation to stage resistance to post-colonial and neo-liberal forces. Past work has been presented at Dubai Design Week, the Fikra Graphic Design Biennial, and Jameel Arts Centre.  He is currently pursuing his MS in Art, Culture, and Technology at the Massachusetts Institute of Technology, through the support of Salama Bint Hamdan Al Nahyan Foundation.

Christopher Benton is a commissioned artist for Beyond: Emerging Artists curated by Sam Bardaouil and Till Fellrath, Abu Dhabi Art 2021.