Agial Art Gallery, established in Beirut in 1990, is one of the leading destinations for modern and contemporary art from Lebanon and the Arab world. As a pioneering platform, Agial is showcasing a broad spectrum of regional art, from the most established artists to promising emerging artists, alongside retrospective exhibitions. The permanent collection of the gallery is host to an important historical survey of Middle Eastern art, having incubated and witnessed the profound transformation of artistic practices in one of the world's most dynamic regions.

Beyond the exhibition space in Ras Beirut, Agial is a global presence through participation in art fairs, off-site projects and publications, highlighting the role of the gallery in the promotion of Arab art. Representing artists across different generations, Agial is active in primary and secondary markets, with a roster of artists that has been well placed in institutions and collections, both public and private. Yet the gallery remains an open space for critical debate, cultural dialogue and cutting-edge practices. 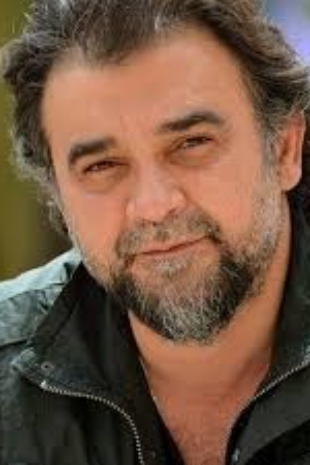 Born in Syria in 1991, Anas Albraehe is a Beirut-based artist who primarily works in painting and theatre performance. He received a Bachelor’s degree in painting and drawing in 2014 from the Fine Arts University of Damascus, Syria. After the onset of war in Syria, he relocated to Lebanon and obtained an MA in Psychology and Art Therapy from the Lebanese University in 2015. Albraehe’s solo exhibitions include Mother Earth (2020) and The Dream Catcher (2018) at Agial Art Gallery in Lebanon, and Manal, which was held respectively in Artspace Hamra in Lebanon and in Wadi Finan in Jordan, in 2017. He has also participated in several group exhibitions, including the Middle East Institute Gallery in Washington DC, USA (2019); Capkuwait Gallery, organised by Selections Magazine in Kuwait (2018); Artspace Hamra in Lebanon (2016); and Albareh Galerry in Bahrain (2015). In 2016-2017, Albraehe participated in SAFIR TA’AROF 2017, an artist workshop as part of the Sharjah Art Biennial

Born in Beirut in 1951, Mohammad El Rawas graduated with a BFA in painting from the Institute of Fine Art of the Lebanese University in 1975 and was awarded a scholarship to study abroad. The year of El Rawas’ graduation marked the beginning of the Lebanese Civil War, leading the artist to stop painting and to leave his country for Rabat, Morocco where he remained for two years, teaching art and eventually resuming painting. He returned to Beirut in 1979 to hold his first solo show, before joining the Slade School of Fine Art in London in the same year on scholarship from the Lebanese University. Upon his return to Beirut in 1981 with an MFA in printmaking, he started his academic career at the Lebanese University and the American University of Beirut, which lasted for 27 years. Since 1979, El Rawas has held 11 individual exhibitions in Beirut, London and Dubai and has participated in more than 40 international art biennials and exhibitions in the UK, USA, Norway, Tunisia, Brazil, Japan, Kuwait, France, Netherlands, Egypt, UAE, Poland and China. In these international shows he won five prizes and honourable mentions including, in 2007, the award of the Alexandria Biennale for Mediterranean Countries, for his first installation and video art piece. His work is found in many museums and public collections in Lebanon, Tunisia, Iraq, Jordan, UAE, Norway and the UK.

Nabil Nahas was born in Lebanon in 1949 and spent his early years in Cairo and Beirut. In 1968, he moved to the United States to pursue a Bachelor’s degree in Fine Arts at the Louisiana State University, Baton Rouge. He graduated in 1971 and went on to complete a Master’s degree in Fine Art in 1973 at Yale University School of Art, where he studied with abstract expressionist painter, Al Held. Nahas had his first solo exhibition at Centre d’Art in Beirut in 1972 and has since shown his work internationally. Notable solo exhibitions include Robert Miller Gallery, New York (1978, 1979, 1980); Holly Solomon Gallery, New York (1987); Sperone Westwater, New York (1997, 1999, 2005, 2013); Ben Brown Fine Arts, London (2011, 2014); and Lawrie Shabibi, Dubai (2011). In Lebanon, he has had solo exhibitions at Galerie Tanit (2009), Beirut Exhibition Center (2010), and Saleh Barakat Gallery (2016, 2019). Nahas has been featured in numerous group exhibitions, the most prominent of which were the 25th Bienal de São Paulo in Brazil (2002), “Glasstress 2011,” a Collateral Event of the 54th Venice Biennial, and “Glasstress: New York” at the Museum of Arts and Design in New York (2012). Nahas’ work can be found in museums and private collections, including Mathaf: Arab Museum of Modern Art, Doha; Guggenheim Abu Dhabi, United Arab Emirates; Tate Modern, London; Flint Institute of Arts, Flint; The Metropolitan Museum of Art, New York; Museum of Fine Arts, Boston, MA; The British Museum, London; Pennsylvania Academy of the Fine Arts, Philadelphia; High Museum of Art, Atlanta, GA; and the Zimmerli Art Museum, Rutgers University, New Brunswick. In 2013 Nahas was awarded the National Order of the Cedar

Born in Lebanon in 1945, Samir Sayegh lives and works in Beirut. Master calligrapher, art critic, historian, poet, writer and researcher, Sayegh is the author of several studies and articles on contemporary and Islamic art. He was a lecturer at the Architecture and Graphic Design Department of the American University of Beirut from 1993-2007. Sayegh has exhibited across the Arab world and in Europe, and has also created works for buildings and mosques. He is considered as one of the most avant-garde Arab master calligraphers and was recently honoured during the first biennial of Sharjah for Arabic calligraphy. Sayegh takes Arabic letters beyond the formal aesthetic of Arabic calligraphy. He presents them as universal forms and signs in which meaning emerges from the relationship between lines.

Serwan Baran (b. Baghdad, 1968) received a degree in Fine Arts from the University of Babylon in Hillah, Iraq. In the 1990s, Baran’s work was shown in numerous solo and group exhibitions in Iraq. He was awarded a youth prize in Baghdad in 1990, and the first and second prizes of the Baghdad International Festival of Plastic Arts in 1994 and 1995, respectively. In 2001, he participated in the Ayloul Summer Academy, a residency programme led by artist Marwan Kassab-Bachi at Darat al-Funun in Amman, Jordan. He moved to Amman in 2003 during the American invasion of Iraq and, since 2013, he has been living and working in Beirut. He represented Iraq at the 58th International Venice Biennale in 2019 with a solo exhibition, entitled Fatherland, which was curated by Tamara Chalabi and Paolo Colombo. Other solo shows include A Harsh Beauty at Saleh Barakat Gallery, Beirut (2020); Indelible Memory at Gallery Misr, Egypt (2020); Canines at Agial Art Gallery, Beirut (2018); Living on the Edge at Nabad Art Gallery, (2013); Elected at Matisse Art Gallery, Marrakech (2013); and Whispers at Orfali Art Gallery, Amman (2012), among others in Amman, Damascus, Tokyo, and the Dominican Republic. He has participated in group exhibitions at Saleh Barakat Gallery, Beirut (2018); The Mojo Gallery, Dubai (2015); Al-Markhiyya Gallery, Doha (2013). His work was also featured in the Cairo Biennale, Cairo (1999, 2019); Al-Kharafi Biennial, Kuwait (2011); and the fourth Marrakech Biennale, Marakech (2012). Baran is a member of several artist associations in Iraq.

Tagreed Darghouth is a Lebanese painter. She obtained a degree in Fine Arts from the Lebanese University in Beirut, as well as a diploma in Art Education. She participated in the Ayloul Summer Academy at Darat Al-Funun in Amman in 2000 and 2001, which was led by the Syrian-German artist Marwan Kassab Bashi. She then went on to study Space Art at the Ecole Nationale Supérieure des Arts Décoratifs in Paris. In 2004, Darghouth had her first solo exhibition, Still Features, at Zico House in Beirut. It was followed by another solo, Falling Parts, at the Goethe institute in Beirut in 2006. Dargouth has since had several solo exhibitions in Agial Art Gallery, including Mirror, Mirror! (2008), Fair & Lovely (2010), Canticle of Death (2011), Rehearsals (2013), and Vision Machines, Shall You See Me Better Now? (2015). Other solo exhibitions include Ain’t Nowhere to Hide at Contemporary Art Platform in Kuwait (2016), Analogy to Human Life at Saleh Barakat Gallery in Beirut (2018), A Second Coming at Beirut Art Residency (2018), and Strange Fruit at Tabari Artspace in Dubai (2019). She has participated in numerous group exhibitions around the world, in Al-Sharjah, Amman, Beirut, Brussels, Buenos Aires, Doha, Dubai, Jordan, Istanbul, London, Miami, Munich, New York, Paris, and Singapore; including the 10th Anniversary of the Kasa Art Gallery exhibition in Istanbul (2010), Connecting Heavens at Green Art Gallery in Dubai (2010), Subtitled: With Narratives from Lebanon at the Royal College of Art in London (2011), Thin Skin: Six Artists from Beirut at Taymour Grahne Gallery in New York (2014), Our Beloved Bodies II at the Barjeel Art Foundation in Sharjah (2017), and Walking Through Walls at Gropius-Bau in Berlin (2019).

Dargouth has received several prizes, including the 2nd Prize at the Ayloul Summer Academy exhibition in Darat Al-Funun in Amman in 2000, the 1st prize at the cm3 exhibition in Cité International Universitaire de Paris in 2003, and the Boghossian prize for a young Lebanese artist in the category of painting in 2012. She currently works and lives in Beirut, Lebanon.