Presenting South Asian modern and contemporary art to the UAE, 1x1 Art Gallery founded by Malini Gulrajani in 1996, is based in a 7500 sq. ft. warehouse space in Alserkal Avenue in Dubai.

As an important platform for both established and emerging artists, 1x1 supports its program through structured collaborations with local and international galleries, art fairs, and museums as well as with independent curators and art organizations.

In the last few years 1x1's exhibition schedule has witnessed an active inclusion of International and Middle East based artists, thus embracing an idea of collaborative projects and initiatives. 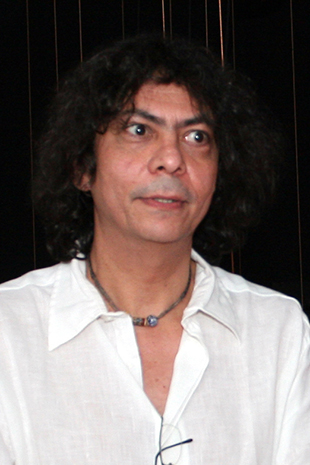 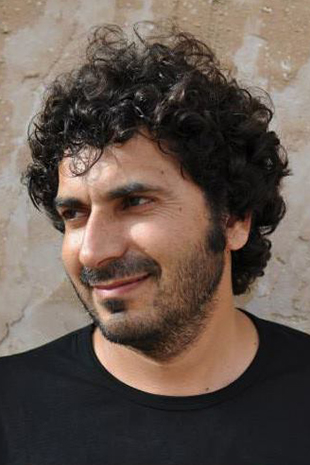 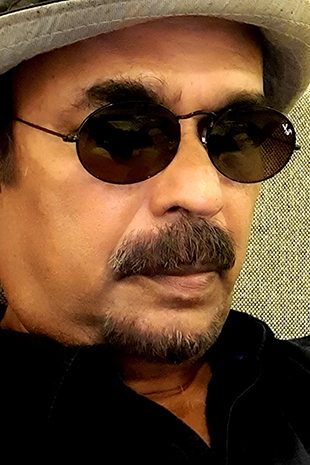 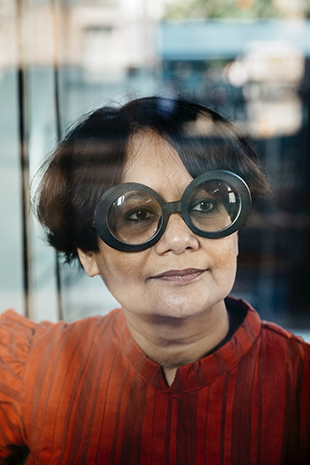 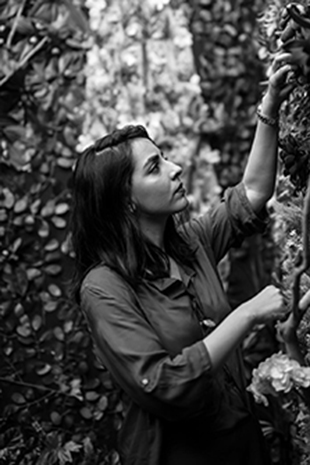 Chittrovanu Mazumdar (born 13 October 1956) is a contemporary Indian artist of Bengali-Indian and French descent. Mazumdar has been described as a "conceptual artist" and a "post-structuralist" while some critics consider it difficult to classify his oeuvre into a single artistic tradition or even into any consistent genre of his own. Mazudmar has said he generally prefers not to use "a particular word to qualify" his work because it comprises different kinds of media and forms, and that art is more interesting when fully given over to the viewer’s own experience rather than constrained by the prescriptive power of labels.

Born in Paris, Mazumder spent most of his childhood in Kolkata and in a remote area in rural Jharkhand. He received his initial art education from his father, the renowned Indian Modernist painter Nirode Mazumdar (1916 –1982) and later, at the Calcutta Government College of Art & Craft. He first rose to prominence as a painter in the 1980s and 1990s and transitioned to installation work in the mid to late 1990s. He has often collaborated with Seagull Publications to design books and with Kolkata-based theatre groups to design performance spaces. Major exhibitions of his work have been presented in Dubai, Kolkata, London, Mumbai, New Delhi, New York, Palo Alto, Paris, Rome, Singapore and Salzburg, among other places. His paintings are housed in the National Gallery of Modern Art in New Delhi and in several private collections in India and internationally.

Mohammad was awarded the Beaconhouse Emerging Talent Award for Art, Lahore Literary Festival in 2015. In 2016 he was awarded the Jameel Art Prize 4 from Victoria & Albert Museum London. He has participated as a judge for Bahrain Annual Fine Art Exhibition in January 2017.

Born in 1956 in Allapuzha, Kerala, Madhusudhanan studied Painting from Fine Arts College, Thiruvananthapuram, Kerala, and Print Making at the Faculty of Fine Arts, MS University of Baroda, Gujarat. His artistic practice flows seamlessly across various mediums in art and cinema, including video art and narrative feature film. His work confronts India’s film history, her colonial period and contemporary war politics. He is deeply concerned with war, colonisation, and man-made borders. Marxism and Buddhism have been decisive influences on Madhusudhanan’s art. Madhusudhanan’s installation of 90 charcoal drawings titled The Logic of Disappearance - A Marx Archive has been shown at the Kochi Muziris Biennale: ‘Whorled Explorations’ 2014-15, curated by Jitish Kallat, and in a solo exhibition at Baltic 39, Newcastle, as part of the AV Festival 2016. The series Penal Colony has been shown at the Venice Biennale: ‘All the World’s Futures’, 2015, curated by Okwui Enwezor. As a filmmaker he has made films in English and Indian regional languages, as well as two silent short fictions. Significant contributions include Self Portrait (Short Fiction, Hindi, 2001) and History is a Silent Film (Short Fiction, Silent, 2006), both of which were recognised as Outstanding Films from International Festivals, by MoMA. His 2008 film Bioscope received multiple awards including significantly from the Kerala State Film Awards; Mannheim-Heidelberg International Festival, Germany; SAIFF, New York; OSIAN Cinefan International Film Festival; and the National Award (Special Jury Award).

Rina Banerjee was born in1963 in a Bengali family in Calcutta (now Kolkata) in the Indian state of West Bengal. She grew up in London and New York City, and has lived in the United States ever since. Banerjee has mentioned in interviews that the inspiration for her art comes from her childhood memories of visiting her grandfather during his homeopathic treatments. Many of the images and visuals from her visits with her grandfather have stayed with her and can be seen in her art work. She completed an M.F.A. in Painting and Printmaking from Yale School of Art, Yale University in 1995, after graduating from Case Western Reserve University, Ohio with a B.S. in Polymer Engineering. Banerjee's work has been exhibited at the Bronx Museum of the Arts, the Whitney Museum of American Art, and other notable museums.

Salima Hashmi is an artist, curator and contemporary art historian. Professor Hashmi was the founding Dean of the Mariam Dawood School of Visual Art and Design at Beaconhouse National University, Lahore. She was Professor of Fine Art at National College of Arts [NCA] Lahore and was also Principal of the college. Salima Hashmi was part of Shoaib Hashmi’s ensemble of the 1970’s, which pioneered political and social satire in Pakistan Television. She is an accomplished theatre and television actor. She is the elder daughter of legendary Urdu poet Fiaz Ahmed Faiz. Hashmi has written extensively on the arts. Her book “Unveiling the Visible- Lives and Works of Women Artists of Pakistan” was published in 2002, and ‘Memories, Myths, Mutations – Contemporary Art of India and Pakistan’ co- authored with Yashodhara Dalmia for Oxford University Press, India in 2006.  She has edited ‘The Eye Still Seeks – Contemporary Art of Pakistan’ for Penguin Books, India in 2014.

Hashmi curated “Hanging Fire” an exhibition of Pakistani Contemporary Art for Asia Society Museum, New York in 2009, which was accompanied by an extensive catalogue. She curated the critically acclaimed exhibition titled ‘This Night-Bitten Dawn’ hosted by Gujral Foundation and the Devi Art Foundation in Delhi, which opened on the occasion of the Delhi Art Fair, 2016. She has recently curated a group show of Indian and Pakistani artists ‘Pale Sentinels’ at Aicon Gallery, New York. Government of Pakistan awarded her the President's Medal for Pride of Performance for Art Education in 1999. The Australian Council of Art and Design Schools (ACUADS) nominated her as Inaugural International Fellow, for distinguished service to art and design education in 2011. She was awarded an Honorary Doctorate by Bath Spa University in 2016. She was awarded with title of Professor Emeritus from BOG Beaconhouse National University on the occasion of 12th convocation in 2017. She is Council member of the Human Rights Commission of Pakistan.

Wardha Shabbir lives and works in the city of Lahore, Pakistan where she graduated from National College Of Arts with honours in 2011, followed by the prestigious Principal Honour Award. Wardha has been awarded with many scholarships, grants and was also selected for an exchange programme in Paris,2010 with (ECOLE) during her Academic years (2007-11). She has been awarded the best young artist Award from AL-Hamra (2011). Since her graduation Wardha has been exhibiting widely on both national and international levels. She is currently running an open studio for students. She was the first artist from Pakistan selected for Flacc, Belgium where she initiated a research-based experiment on human Sensorium while transforming a 2D miniature paintings into a 3D Interactive environment.