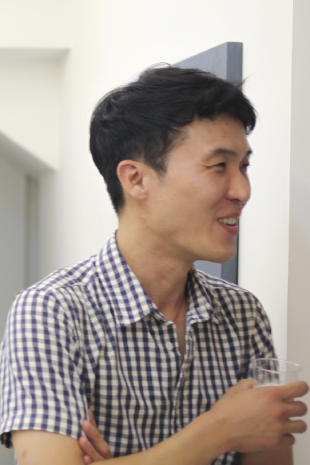 Baek Kyungho treats canvas as a space for experimenting with his own thinking. He has been constantly studying the ways in which they appear in space, with various attempts at the essence of painting. The artist shows superimposed images in composition. The symbolic images used at the beginning are combined with the organic images, creating a unique narrative by layering on the canvas. In this process Kyungho Baek maximises the materiality of painting by boldly employing bodily movement with brushes against the textured surface.