Gallery Chosun is located in Bukchon area where large galleries and the National Museum of Modern and Contemporary Art, Korea are located. With its tall ceiling height and walls with changes, the gallery earned its reputation that it is always changed into a different space for every exhibition.
Gallery Chosun follows new trends of the world and tries to promote artists who can be recognized in art history, which is the gallery’s mission and pride. . Recently, the media archive of its artists has been built. 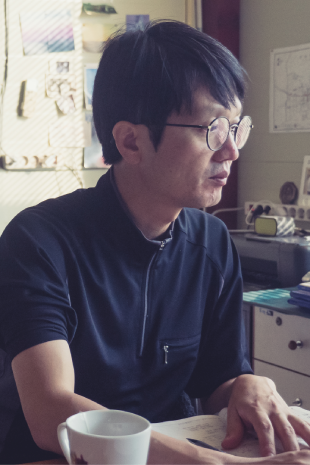 JEONG jeong ju majored in sculpture at Hongik University and acquired the title of Meisterschueler under Professor Hubert Kiecol at the Kunstakademie Duesseldorf in Germany in 2002. The artist presents various types of installation works inspired by architectural space and places where he lived. Space and light, in particular, play an important role in his works due to his impression of the sharp light that poured into a narrow window at his rented room during his study in Germany. The light penetrating through the sturdy surface of a European-style building was like the gaze at relationships with strangers in a foreign land and reaffirmation of his presence. Since then, the artist has continued formative installations by creating models of buildings and adding light to them. His works overturn the power of gaze and reconstruct psychological relationships.

He has held 15 solo exhibitions in Seoul, Japan, China and Belgium since 2002. ‘future is now’ (National Museum of Contemporary Art, Gwacheon), ‘Thermocline of Art’ (ZKM, Germany) and many other domestic and international exhibitions. In 2010, he won the ‘Kim Chong Young Art Award’, the 2003 ‘Gwangju Shinsegae Art Award’, and participated in the Geumcheon Art Factory in 2009, the National Studio of Goyang Art in 2006, and the Ssamzie Space Residency in 2003. He is currently a Professor at Sungshin University.